Leading through crisis: What 2020 taught us about leadership

2020 taught us heck of a lot about ourselves, as individuals and as a society. The Covid-19 crisis tested our patience at home, our adaptability at work, and our ability to reach beyond our own lives to help others survive the daily trials and tribulations.

The test isn’t over, and may not be for many months. But when we finally reach that sought-after sense of normalcy, the action—or inaction—of the people and institutions we rely on will forever change our perceptions of them. When we think of leadership, we will look to those institutions and people that stepped up during our most challenging days.

Who have we turned to for solutions to our biggest problems? It wasn’t the government, which often chose obfuscation and finger-pointing over compromise and solutions. Nor was it   academia, whose pace could not match the need for speed in responding to crisis. Or even non-profits, whose lack of resources could not meet the tall tasks laid before us—despite best intentions and efforts.

The steady hand, instead, has been private sector leadership. It is company leaders who have been integral to supplying homes and hospitals, counseling employees through the most challenging time in their lives, and creating an environment of progress, solutions, and trust. This led to a new result: The Edelman Trust Barometer in 2020 showed the private sector gained status as the most trusted sector of our society, perceived as more ethical than the media or government.

This turn toward corporate leadership, like so many trends in our society (good and bad), has been accelerated rather than created by Covid-19. In fact, I wrote in this space two years ago about how 64% of Americans believed CEOs should take the lead on big change, and suggested that corporations look to leverage their expanding spheres of influence.

The critical issues we face, from the pandemic to racial issues to climate change, used to be topics of conversation at the dinner table, but now are being brought to the boardroom by frustrated Americans.

Corporate America earned this enviable position of public trust simply because it understands leadership on these issues, both in action and philosophy. When leading a company, a division, or a team, you’re held accountable to doing what has to be done—making the tough decisions and communicating them in a way that wins people over, not loses them. In these times, it’s been about managing through and solving the crisis, not profiting from it.

In a decade, or perhaps just a few years, those of us who made it through the pandemic and are still around will remember the leaders who stepped up, who got it right, and why. CEOs like Jeff Bezos of Amazon, Albert Bourla of Pfizer, Doug McMillon of Walmart, and Mike Roman of 3M. And we’ll take their lessons with us the rest of our lives.

Amazon’s founder had already started his transition away from day-to-day operations when Covid-19 hit. He quickly jumped back into the fray, piloting a response that included a $4 billion investment to ramp up staffing and keep products moving despite the unprecedented challenges.

In the pandemic, Amazon hired more than 275,000 full- and part-time workers and started building 100 new fulfillment warehouses to satisfy increased demand. The company found safe ways to deliver billions of packages to homes, including groceries, medicine, and other household essentials.

It wasn’t an accident that Pfizer and its partner BioNTech won the Covid vaccine race.

“He did not want us to focus on the potential barriers we might face,” said one of Bourla’s chief scientists, “but instead said that it is much better to try to do something that seemed impossible, and even if you don’t succeed, you still have done something great.”

Bourla’s success coordinating one of human kind’s greatest-ever (and fastest-ever) scientific feats has made him one of the world’s most trusted figures in understanding and fighting the virus.

When N95 respirator masks became one of the most in-demand commodities in the world, 3M stepped up. The company doubled its output in two months, and kept building capacity until it was producing nearly 100 million a month, up from 22 million a month in 2019.

Roman not only steered the company through the global bidding war, he navigated dicey political waters at home, maintaining a disciplined and compassionate public presence throughout.

As Walmart scrambled to respond to the unfolding coronavirus crisis, its employees remained front-and-center in the mind of its chief executive.

In March 2020, the company issued $365 million worth of bonuses to its store associates, and put in place safety measures that kept the virus from spreading in its stores. And McMillon was among the first executives to pivot marketing campaigns to thank his front-line employees.

Walmart’s stores remain central to nationwide testing and vaccination strategies in some states. And as almost everything else in America has changed, its doors have remained open.


For me? My greatest lesson as a leader was acknowledging truths as soon as humanly possible. The sooner I recognized the truth, the sooner I could face it for the good of the firm and our entire ecosystem of employee-owners, partners, clients, and communities. Because avoiding the truth, refusing to see it, or arguing about it, would have gotten us nowhere—fast. Proactiveness, accountability, and decisiveness all breed trust and is a lesson in leadership that I will take with me the rest of my life.

While corporate leaders have each taken on unique challenges over the past year, in our responses we can see a throughline of fearless decision making, clear communication and, most importantly, concrete results.

As gridlock, empty talk, and unfulfilled promises emanate from of other institutions, the private sector is getting things done. Corporate America has, is, and will continue to step up to do more than its part to respond to our challenges. That’s what people learned from 2020, and what I believe they will take with them for years to come. 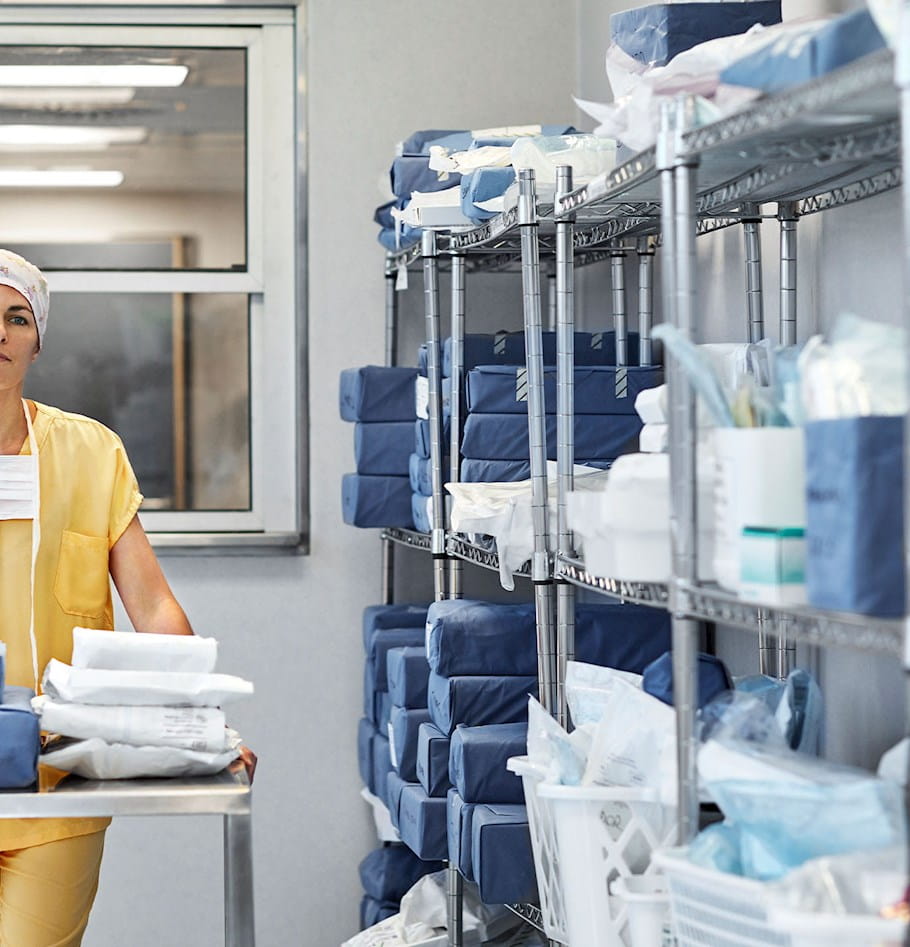 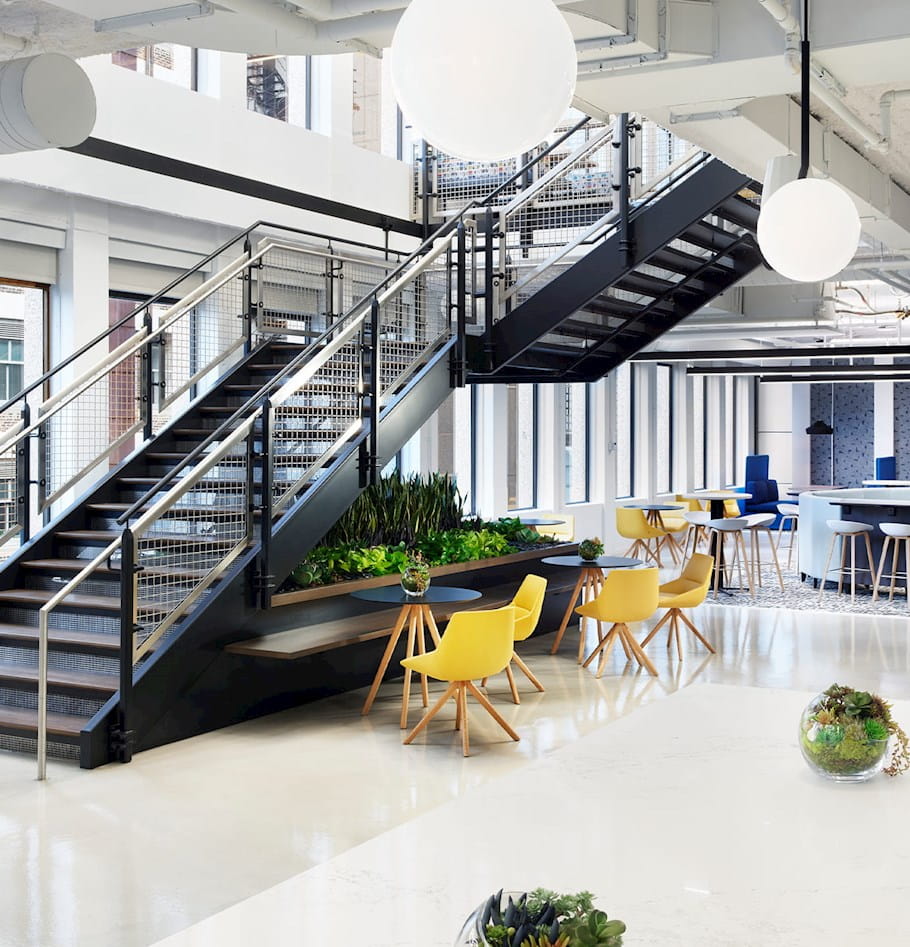 Why West Monroe is keeping our office spaces