Conversations on the power of inclusion: Celebrating Ramadan as a team

Each year, over a billion Muslims participate in the month of Ramadan, where they fast from sunrise to sunset. During this time, Muslims refrain from putting anything in their bodies in order to eliminate distractions to focus on giving back to the community and ultimately work towards becoming the best possible version of themselves. This year, Dalia Nayfeh, a consultant in our Seattle office who participates in this religious holiday, chose to extend an invitation to her peers to join her in a day of fasting. In order to give them the most authentic experience, she launched a ‘Kind Act of the Day’ initiative to encourage those around her to put deliberate effort into positively impacting others. She also hosted a traditional Arabic dinner to celebrate the breaking of the fast at sunset. Fifteen of her colleagues participated and joined her at home for a meal. Two of the 15 participants, LaDonne Pallanck and Sam Vogel, sat down with Dalia to share and contrast their experiences. Through a series of conversations, here is what they learned and shared.

Why did you choose to put on this event?

Dalia: The idea to host this event stemmed from the fact that I was so nervous to fast at work. I knew I was starting on a new project that required travel. I was worried that fasting would affect my mood, energy level and overall performance, so I gave my career advisor and project team a heads up a couple of months in advance. Word spread and people started asking me questions and making comments like "I could never do that". While people were genuinely curious to learn, I almost got the sense they felt bad for me. I didn’t want them to feel sympathy, so I thought encouraging them to fast for a day could give them more insight into what my month was going to look like. After a few discussions and a lot of hesitation, I decided to go for it, and I can honestly say it was one of the best decisions I've made at West Monroe.

Why did you choose to participate?

Sam: When I first saw the invitation, I must admit that the home-cooked meal grabbed my attention. But as I began to think about the upcoming fast, I got curious and asked Dalia a lot of questions. It turned into an opportunity to understand more about a religion I knew little of, a reason to connect with Dalia on a subject close to her, and an experience to share with a large portion of the Seattle office.

LaDonne: Dalia is one of my good friends and I knew she’d been thinking about doing something along these lines for a bit, so I really wanted to show her some support! Additionally, like Sam, I also thought it’d be a great opportunity to learn more about a religion and culture that was unfamiliar to me—become a little less ignorant if you will.

What was the most/least enjoyable part of fasting?

Dalia: I'll answer this a little differently. Ramadan is a time for self-reflection, spiritual growth, and quality time with friends and family. Very rarely will you break your fast alone and almost every night is filled with events and dinner parties. In addition, people spend the entire month doing good deeds, volunteering and giving back to the community. It's amazing to see the community come together to celebrate such a beautiful month. My least favorite part of fasting isn't the lack of food or water; rather it's the lack of sleep. With everything going on during the month (on top of the lack of food and water) you get incredibly tired and exhausted.

Sam: I liked seeing the West Monroe community get excited about learning. I personally was curious about the history, tradition, and context of Ramadan so I asked Dalia if we could have a one on one where I could ask her questions. She was very excited and mentioned that a few other people had been showing interest so it might make sense to open it up to them. Fifteen minutes before the one on one we sent out an invite to the rest of the participants and got about eight people to show up for discussion. To see everyone else’s genuine curiosity excited me for the upcoming event quite a bit. The energy around the event could not have been better, but on the actual day of fasting, the difficulty set it. Since I could not drink water my mouth got ridiculously dry. I rinsed it with water a few times to fight the dryness even though I knew I couldn’t swallow it. That was the worst part.

LaDonne: I would definitely say the least enjoyable part was how I felt physically. By the end of the day, I was really tired and felt like my brain was moving slowly. I also am used to drinking three to four bottles of water a day, so not being able to drink was also quite a challenge. On the other hand, while I wasn’t feeling my best by the end of the day, I also felt fairly accomplished and didn’t feel nearly as bad as I was expecting to feel—which was a nice surprise and definitely a fasting highlight! Eating dinner at Dalia’s house was the pinnacle, though.

What about the experience was unexpected or surprising?

Dalia: The most surprising thing about this experience for me was how excited and willing everyone was to learn. I had coworkers I had never met before email me thanking me for putting on this event and others asking me to host this event again next year. I felt like people actually cared to learn about something that's important to me and that was completely unexpected.

Sam: A fast allows one the space to identify and remove their bad habits. I thought that I would be too distracted by hunger to really think, but instead, I realized how much I use food as a distraction itself. Anytime I would get frustrated with a work problem, I would try to head to the kitchen only to realize that I was fasting. Because I couldn’t grab a bite or even fill my water bottle, I ended up just sitting down and tackling whatever problem I had head on. It made me realize there is a good balance between mulling over a problem with a snack and just gritting my teeth to hammer out a solution without distractions.

LaDonne: I was most surprised about how much closer I felt to everyone else who fasted that day. Even though we were only fasting for a day, and many of us weren’t together during that day, we’d all shared an experience that was unfamiliar to the majority of us. Even though we’d all chosen to participate for different reasons, we still all made the choice to partake and that alone made me feel like I was uncovering more common ground with my coworkers.

Why is it important that West Monroe encourage its employees to initiate/participate in these kinds of events?

Dalia: When Dr. Steven Robbins spoke at our retreat last year,  he pointed out that diversity simply means having more than one person present. I think that's really important to consider. We all have things that are important to us and we all bring different things to the table. West Monroe already showcases that to an extent through its employee engagement programs, 1+1+1 program, etc. but with an increased focus on inclusion and diversity, I think we have an opportunity to learn about our people on another level.

Sam: We develop individually when we try new things and share our passions with others. We grow as a community when we learn about each other and include others in our interests. It is very important for me to work for a company that encourages us to reach out to each other and make meaningful connections. I want myself and my co-workers to feel comfortable.

LaDonne: I think encouraging our employees to initiate these sorts of events and share personal pieces of their lives is an important part of the process of cultivating a culture where diversity feels accepted and celebrated - it’s essentially the inclusion piece of the inclusion & diversity initiative. Like Dr. Robbins said, you need to create an inclusive environment before you can expect to have diversity in your office. Dalia is a great example of an employee that feels supported and accepted enough that she was willing to share a personal part of her life.

We hope Dalia, Sam and LaDonne’s experiences encourage other colleagues to openly share the traditions that are important to them. Have you ever invited your coworkers to participate in something meaningful to you personally such as a religious or cultural practice? What was the result? Tell us in the comments below! 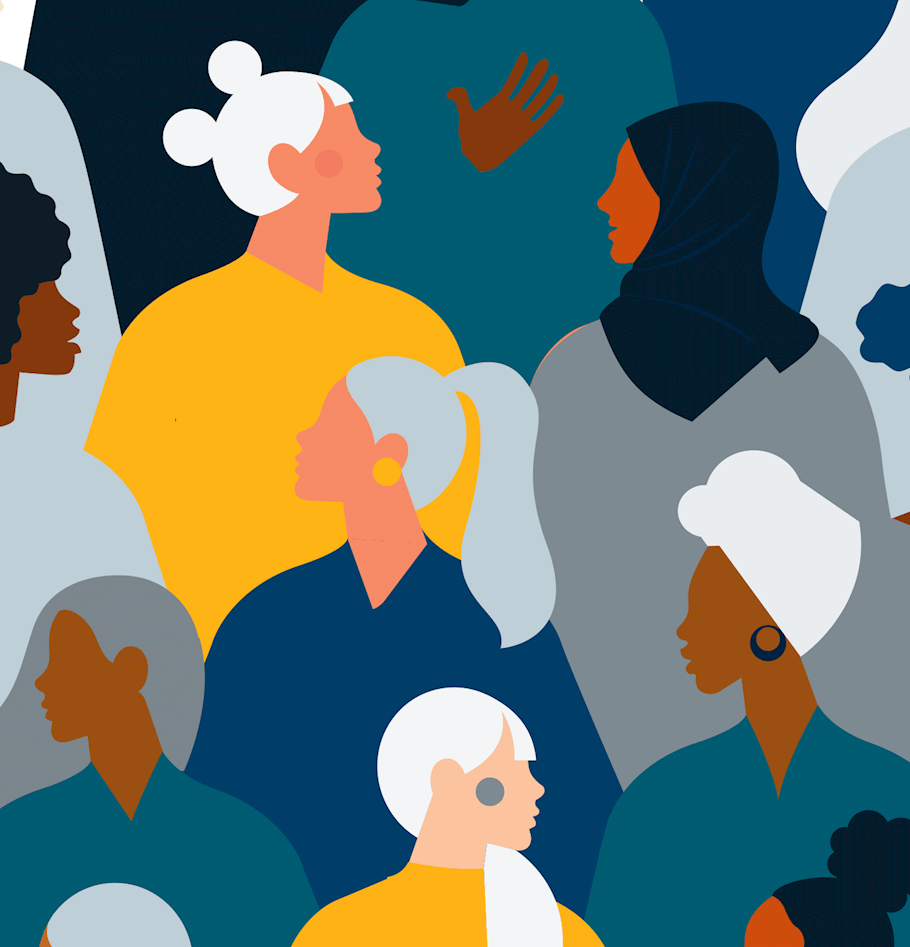 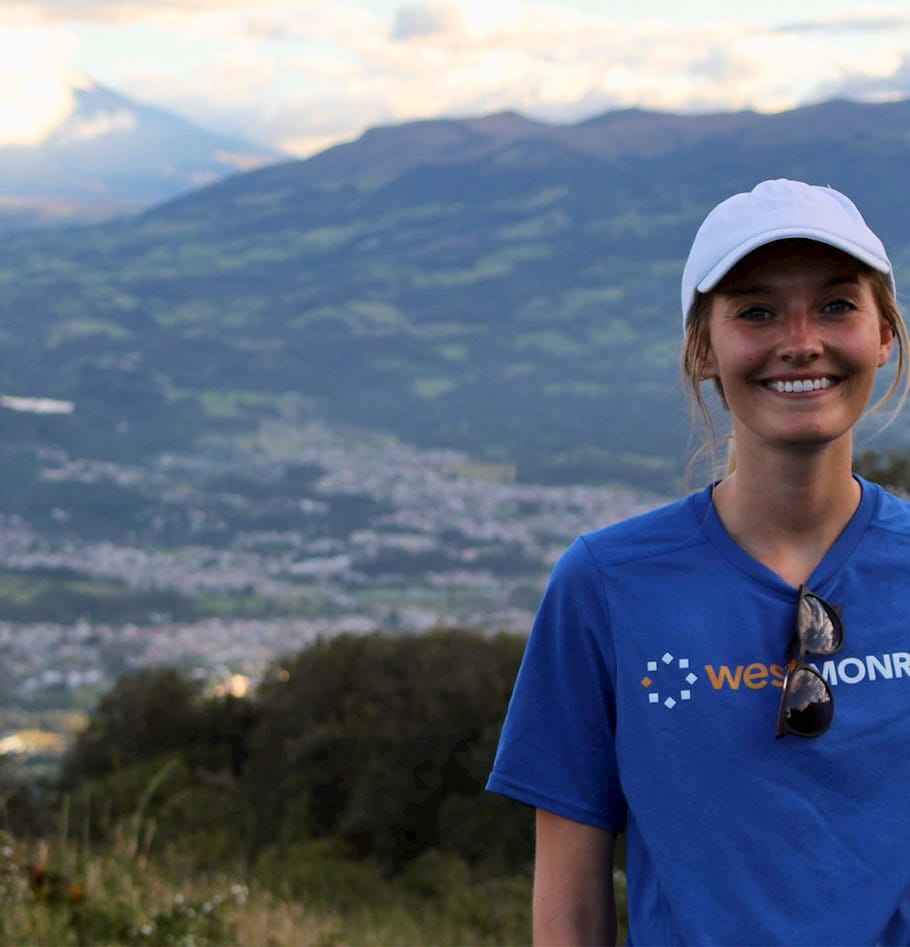